The 2018 elections have proved that no matter how sophisticated we are in our everyday life with electronic devices, we still do not have a voting machine that is standardized across the nation and works without fear of information hacking or breakdown. According to a study by Cornell University there are approximately 174,000 precincts and 113,000 polling places around the United States. 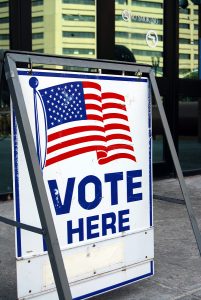 Isn’t it ridiculous that folks in many towns and cities are still using paper ballot and those are either hand counted or run through a scanner similar to those used in schools to take standardized tests.  Especially when these scanners only count choices when the little boxes are completely filled in using a number 2 pencil.  At least this is a slight improvement from punch cards and hanging chads that caused major confusion in the 2000 election.

In larger cities some precincts use the old fashioned mechanical voting machines with levers to record votes. This system has been used since the 1920s and while it worked well, these machines are prone to breakdown which is not what you want when you have voters standing in line around the block to get in and vote.

There needs to be a standardization of voting procedures and equipment across the United States. And equipment that stands up to large volume use and hackproof from outside sources. So what would the ideal voting machine be like?

What we need is a direct-recording electronic device that can record votes using an electronic display that the voter inputs using either a finger or stylus. When the vote is recorded a paper receipt is printed and can be reviewed by the voter to confirm that the vote was correctly recorded. These devices would not have any internet connection and would need to be hand entered individually with the name of the candidates to eliminate interference from outside hackers. There would need to be a redundant paper trail to match up the recorded electronic votes with the paper version to make sure that votes are recorded correctly. The results would need to be phoned in from each precinct and also transmitted electronically to make sure that the information is not corrupted in transit. While there is no 100% foolproof system, this type of leap in technology would bring our voting system into the 21st century.

Currently there are many municipalities that have already instituted various direct recording electronic devices, but there are still issues about vulnerability of data being protected from hacking. Work is being done in association with Homeland Security to find solutions to make the voting system as foolproof as possible from registering the vote to delivering the results from polling places to central counting locations.

NuShield has been working with some of these municipalities to provide our Triple A screen protector film to overlay the device’s touch screen. Our film not only protects the display from scratches, it also hides fingerprints and eliminates glare from overhead lights.  Since a great number of voters touch the screen to make their choices it would be impossible to clean the surface after each use. This is where the anti-microbial function of the film comes handy which kills germs on the surface of the film to eliminate the passage of germs from one voter to the next.

This is also the same screen protector film that NuShield sells to health care facilities to reduce infections on electronic devices. The film is very easy to install and will last a long time. You can contact us to discuss your particular needs and we can help you to protect your electronic device. NuShield also has a number of voting device manufacturers and models in its database. You can look on our website to see if we already support your system.