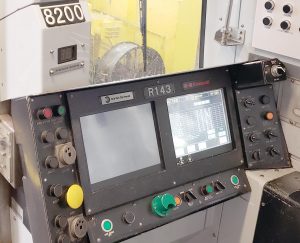 The New York City subway system is one of the oldest, over 100 years old, and largest public transportation systems in the world, based on the number of stations. On a given weekday it transports over 5.7 million riders to their destination, and operates 24 hours a day, seven days a week. Although most of the trains travel underground, there are several routes that are both underground and then exit to an elevated route to the outside boroughs.

So it is vitally important that the motormen and women who control the cars can clearly read their displays whether underground or above ground. And the constant tapping of the display screen can damage the LCD screen. So when the original manufacturer of these control units discontinued production and stopped selling replacement screen protectors, the NYC Transit Authority turned to NuShield to provide a solution.

Instead of the standard films that NuShield currently offers to customers, the company is providing a special strength anti-glare screen protector film that is twice as thick as its normal films to help extend the life of the LCD screens, prevent scratches of the screen and eliminate glare from the displays when the train is above ground and subject to sunlight coming into the car.

In total, NuShield will be equipping over 2,000 subway cars in the coming years as part of a long-term project to keep these older cars in service. So next time you are in NYC and ride the subway, you might be on a train that is equipped with a NuShield screen protector.