If you are in the market for a new Smartphone, tablet, laptop, monitor or television you have lots of choices to make about size, speed, capacity, etc. One feature you should be most concerned about is whether you are purchasing a device with a Liquid Crystal Display (LCD) or Light Emitting Diode (LED and OLED) display. 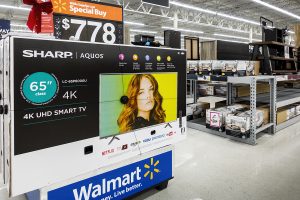 The basic technology for both is about the same. They have two layers of polarized glass through which the liquid crystals both block and pass light. LCDs use fluorescent lights while LEDs use light emitting diodes. The fluorescent lights in an LCD device are always behind the screen. On an LED device, the light emitting diodes can be placed either behind the screen or around its edges. The difference in lights and in lighting placement has generally meant that LEDs can be thinner than LCDs, although this is starting to change. It has also meant that LEDs run with greater energy efficiency and can provide a clearer, better picture than the general LCDs.

With LED screens, the best viewing angle is dead center, and the picture quality diminishes in both color and contrast the further you move to either side. While the severity differs between models, it’s always noticeable. In contrast, OLED screens can be viewed with no luminance degradation at drastic viewing angles — up to 84 degrees. This compared to LED TVs, which have been tested to allow for a max viewing angle of 54 degrees at best. LCDs also have a wide viewing angle without light degradation or color.

However, LED and OLED devices emit very strong blue light waves which for those who are susceptible to getting migraine headaches are like sunlight to Dracula. This is because these devices do not provide a constant source of light, they are actually flickering. This flickering triggers migraines and is well known for causing eye strain and headaches. This combination make blue light dangerous for migraine sufferers. Learn more about how blue light affects your vision.

If you still insist on purchasing and using an LED or OLED device there are ways to reduce the blue light emitted from the screen. Apple devices have an option called Nightshift that can be found in the Display and Brightness area under Settings. This option allows the user to either automatically or manually reduce the amount of blue light emitted by the device. For those on other devices there is software called F.lux that can be downloaded for free which will do the exact same function.

So where does NuShield come into the picture? What you will notice about all these different devices is that they have a very shiny display surface. In dark areas this is not a problem, but one there is a light source hitting the surface of the display you will see more glare and reflection than the information on the screen.

The NuShield Triple A screen protector film was created to eliminate all reflections and make screen visibility possible from all angles with only a slight image degradation. The Triple A offers anti-glare, anti-fingerprint and anti-microbial protection. The film is soft and easily applicable, even on televisions and big as 80 inch diagonal. The tacky surface sticks to the screen, but can be lifted and reinstalled if necessary. And if you have to remove the film from the surface even after several years, you’ll find that the display surface still looks as great as before the film was applied.

The Triple A film is available for over 15,000 different devices and NuShield is constantly adding new sizes as they come on the market. Look for your device here, but if it is not listed you can contact us and we will work with you to create a size that fits your device.