Spring training is in full swing as most players have reported mid-February to their teams. The league has some great events planned for 2019. The first game of the season will be held in Tokyo on March 21 played by the Seattle Mariners and the Oakland A’s. The full regular season will begin on March 28, the earliest date in the league’s history. You can probably expect to see snow postponements or chilling weather in some of the northern cities. 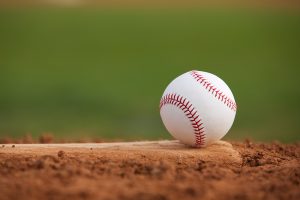 —The Royals and Tigers will play in Omaha on June 13 ahead of the College World Series, the first major-league game to be played in Nebraska.
—The Giants and Diamondbacks will play a rare pre-scheduled split doubleheader June 29 in San Francisco.
—The Red Sox and Yankees will play in London June 29 and 30, the first MLB games ever in Europe.
—The Pirates host the Cubs in the third annual Little League Classic in Williamsport, Pa., on Aug. 18.
—The Rangers will play their final regular-season game at Globe Life Park on Sept. 29 against the Yankees.

You might have noticed that teams are using iPad tablets in the dugout which provides them with opponent team’s stats, scouting reports, and other info in one app that replaces the heavy binders the managers and coaches relied on in the past. However, wi-fi is not available for live feeds to prevent picking up pitching or steal signs.

While these tablets are shaded from the sun and glare, you in the stands are not so fortunate. Whether the “big show” or just your child’s Little League game, you want to prepare yourself by installing the NuShield DayVue anti-reflective screen protector film on your devices. This film cancels out glare from the sun and reduces reflections given off from the display. You can therefore enjoy clearer images, enabling you to take great photos and videos as you capture all the action.

The DayVue film also works if you are wearing polarized sunglasses. You should be wearing sunglasses when you are outdoors in bright sunlight to protect your eyes and with the DayVue film installed you don’t have to take them off to see your display.

And if you are just watching the game at home you might have issues with glare coming in through the window or reflected on your outdoor patio. For these devices NuShield offers the Triple A anti-glare screen protector film which will eliminate reflections around you.

To enjoy improved visibility, visit the NuShield website to order your film or contact us to have a film cut to size for your device if it is not already listed. Order a NuShield screen protector today.